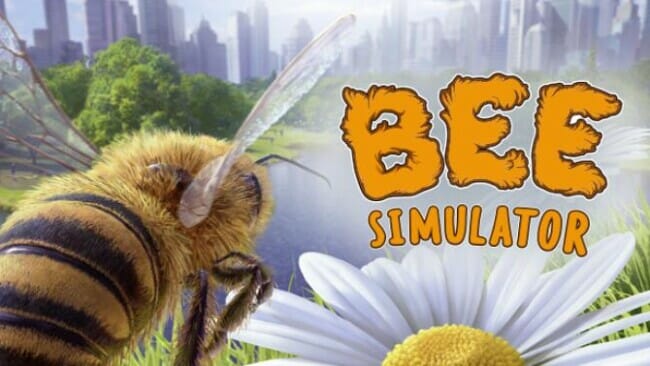 Bee Simulator: Enjoy the bee’s magnificent life, experience the vast world of creatures, and adventure the beautiful scenery through the bee’s eyes. This time we have a game for you which will relax you and ultimately make you happy. Be a bee; see the fantastic view of nature like never before and fight for your fate.

Bee Simulator is a family-friendly adventure game developed by Varsav Game Studios and published by Nacon. In this game, you will play as a honeybee who collects pollen from flowers and other plants and then transfers that pollen to the beehive.

Pollen is a substance which honeybees collect from flowers and then transfer to the beehive. Pollen is the primary food source of honeybees. It contains sugar, protein, minerals, etc.

Your main object in this game as a bee is to collect pollen from plants and then return to the beehive to store it. Pollen will make the beehive strong, and it will also help you grow honeybees in the beehive.

Complete exciting missions, take orders from honeybee queen, and fulfill them. Being a honeybee is not easy, as there are many people, Wasps, and other less friendly worms who want to destroy the beehive for no reason. Make sure you teach them a very painful lesson.

This game’s location is inspired by Central Park, which is situated in New York. Developers tried their best to make the map of this game almost like Central Park. As parks are considered a heaven for bees so, this might be an excellent idea.

Bee simulator’s gameplay is fun and exciting at the same time. What can be more fun than being a bee to explore the world, inspired by a real location in Central Park, New York?

You can’t only play this game in single-player mode but also multiplayer co-op and PVP mode but keep in mind you will need a controller to play in multiplayer mode.

But don’t think that playing as a bee will be easy, and you will face no dangers. To your surprise, honeybees encounter trouble at every moment, and this danger is very well illustrated in this game.

You will be attacked by Wasps a lot of time because wasps think that they are more potent than honeybees, and honeybees are no match for them. This is your duty to prove them wrong by using your deadly stings, and don’t forget to tell them that this is what they deserve.

This is a family game as it contains the least violence and the graphics of this game are well-built. You will enjoy this game very much once you start playing.

This game has won several awards: Best Social Game of 2018 and Best Kids and Family game.

Bee Simulator is fun to play adventure game developed by Varsav game studios. In this game, you will play as a honeybee who collects Pollen from plants and bring it back to the beehive. There are many exciting missions to complete, and make sure you follow the honeybee queen’s orders.

Like a bee, you will face many dangers. But sometimes wasps will attack, and occasionally other worms will attack you. Don’t think that you have no weapons to attack them. You possess a natural weapon called “sting” use it wisely and teach a painful lesson to your enemies.