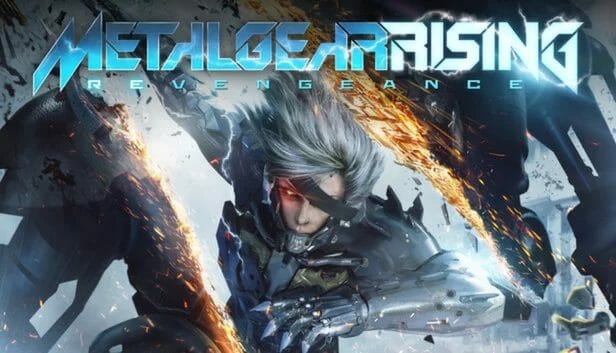 In a world where cyborgs and ninjas fight for control, you must take revenge on your enemies with Metal Gear Rising: Revengeance. The game seamlessly melds pure action along with epic story-telling that surrounds Raiden – an innovative child soldier turned into a half-human/half-robot agent in this new frontier of gameplay possibilities!

An all-new continuity for the iconic Metal Gear series, METAL gears rising: Revengeance takes players into exciting new territory with an action-packed experience that seamlessly melds pure combat and epic storytelling. Taking place on Earth’s future battlefields where Powered Battleframes known as “Praetorian” soldiers have been fighting a war against their kind since before recorded history began; you play ‘Raiden’, a child soldier transformed into half-human/half cyborg ninja who uses his trademark High-Frequency katana blade to cut through anything standing in the revengeful path!

With all the famed moves and action running within a beautifully-realized HD environment, METAL GEAR RISING: REVENGEANCE comes to PC with an updated interface that allows players access anywhere they are able. In addition,

this new version includes three downloadable content missions (DLC) Blade Wolf mission pack containing additional side objectives or arguments for why you should play as Snake; Jetstream where players must use bikes across various landscapes while avoiding obstacles–it’s not easy! And VR Mission puts users into virtual reality worlds so deep it’ll have your head spinning.

The CODECS option has been added to the main menu. You can now play all cutscenes and codec conversations in one go!

There’s also a new setting called ZANGEKI which changes how many cuts you’ll be able to make during gameplay; it ranges from 1-to 6 depending on what feels most comfortable for your fingers (or controllers).