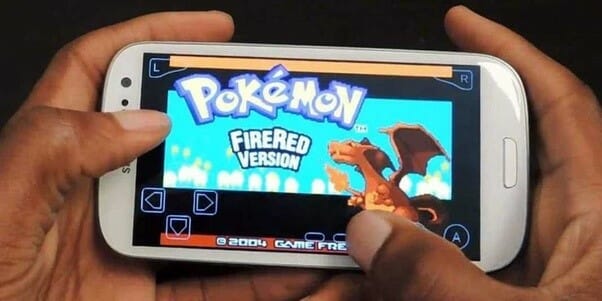 Our smartphones have enough power to be able to emulate old video games initially designed for PC or consoles (Nintendo NES, Sega Megadrive, Sony PlayStation, etc.). Here is our selection of the best emulators available on Android for retrogaming enthusiasts.

The PlayStation is undoubtedly one of the most popular consoles in the history of video games. It marked the real transition to 3D in video games, even though it was already known on the previous generation and in arcade kiosks. The best emulation solution is undoubtedly ePSXe for Android, a port of the emulator of the same name for PC. The emulator offers many options, including tactile or physical controls, if a joystick is connected to the device. It also provides automatic downloading of Action Replay codes associated with a game.

2) DRASTIC FOR THE NINTENDO DS

The Nintendo DS is both a modern console and an ARM-based handheld system, making it relatively easy to emulate for Android-based devices. We recommend DraStic, a high-performance emulator rich in modern features such as backup synchronization with Google Drive.

The Super Nintendo (or SNES) has seen many cult titles (Super Mario World, Chrono Trigger or Street Fighter II for example) and remains one of the favourite consoles in retrogaming. The Snes9x EX+ emulator is available for free on the Play Store and includes all the essential functions of a good emulator without any advertising. In short, it’s a sure bet.

4) MD.EMU FOR THE MEGADRIVE AND MASTER SYSTEM SEGA

The Megadrive represents the culmination of Sega’s career as a console manufacturer. It was on this machine that we saw the debut of Sonic the Hedgehog, the best version of Aladdin, and the excellent Shining Force. MD.emu is a paid emulator, but complete and powerful. It also allows emulating the Master System, the first living room console of the manufacturer.

5) PPSSPP FOR THE SONY PSP

Nintendo is the undisputed master of the handheld console and proves it again today with the success of the Switch. The impertinent Sony wanted to try it twice, first with the PSP and its excellent esteem success, then with the PS Vita, and its slightly less success. The PSP still hosted many flagship titles from the PlayStation stable: God of War, Metal Gear Solid, Wipeout or Final Fantasy Dissidia.

The or the Game Boy? Nintendo’s console is a must in the history of video games. To emulate the whole family – Game Boy, Game Boy Color, and Game Boy Advance – you’ll be advised to turn to John GBAC, one of the most complete and free all-in-one emulators. All these GBA, GBC ROM is available to download on downloadroms.cc.

7) DOLPHIN FOR NINTENDO GAMECUBE AND WII

The or the Game Cube? It’s not in this article that well, it’s also a modern Nintendo console, so much so that some people still use its official controller. The Dolphin emulator has already made a name for itself on PC, and its development team has started to port it to Android. It now allows you to emulate GameCube and Wii correctly, but you need a reasonably powerful device like the Nvidia Shield.

The NES is Nintendo’s first home console, where Link and Mario made their debut. The advantage of emulation on Android is that it no longer requires blowing on the cartridges to run the games. John NESS is an emulator for both the NES and the Super Nintendo. It is compatible with all games on these consoles, offers synchronization of backups in the cloud and a customizable interface.

For a whole generation of consoles, the best FPS available was called GoldenEye 007, and it was exclusive to the Nintendo 64. This pearl developed by Rare found its place next to Ocarina of Time or Super Mario 64 as one of the legendary titles of the Nintendo “64 bits” console. The Mupen64+ emulator is one of the most popular for this Nintendo console.

GBA.emu belongs to the category of GBA emulators on Android most appreciated by Game Boy Advance fans. GBA.emu is available as both Free and paid versions. However, updates are only available for the paid version since 2013.

This application very rarely, if ever, presents bugs, and the quality of images and sound is optimal. Besides, it offers more than advantageous features. In other words, you play it almost as pleasantly as you would on a console.

For example, you can change the screen orientation or the size and positioning of the control keys. The advanced players can even set the video and sound settings for greater comfort. And it even recognizes your cheat codes.

John GBA is an emulator available on Android that will let you play as if you were really on Game Boy Advance. John GBA is available in free and paid versions according to your preferences.

With this emulator, it is possible to speed up or slow down the game for experience and discovery in line with your abilities. Also, adjust the picture and sound quality settings as if you were on an upgraded Game Boy.

Besides, this application automatically saves your current games. So keep your backups on DropBox to access them without returning to the first level. You can also play on any Android device with the emulator. The most exciting thing is that John GBA Lite even allows the use of controllers if your device is compatible.

My boy! is probably one of the most popular GBA emulators because of the amount of praise it receives on the web. Its greatest asset is its easy handling. Indeed, it is compatible with almost all versions of Android (from 2.0).

It can read cheat codes. Besides, the optimized program saves your battery. It allows you to skip small kinematics that you don’t want to see.

The great strength of this emulator is its support for external devices such as gamepads connected via Bluetooth, wifi, or cable.

Multiple mobile devices can also connect to play in multiplayer mode, further increasing the fun of playing, sharing, and laughing with friends.

Also, three-speed levels are available during gameplay: fast, slow, and regular. The first is designed to shorten long presentations and endless dialogue. The second helps the player to manage better an action that requires precision to achieve a goal quickly.