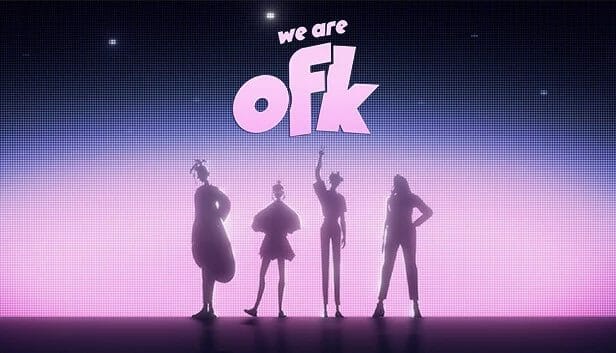 We Are OFK Free Download: boyfriends, breakups and band drama. The four friends from indie pop duo OFK are back for more with their first full-length album as a musical group! They took us on an emotional rollercoaster through relationships—from new beginnings to broken hearts all the way up until they finally found themselves in LA Rent Control territory. We got plenty of insight into what it means to be creative people living life right now: working hard but also playing harder; taking care not just about ourselves but each other too (even when times get tough).

It’s been a tough year for Itsuami Saito. She broke up with her long-term girlfriend and moved to the city center, where she can work on music full time while also juggling practice sessions back at home in suburban west side of town–

but there are still so many obstacles! The commute takes ages; sometimes you’re lucky if your train even arrives on time because everyone else gets stuck waiting around too much as well… And then once we get here our productivity plummets quickly due largely thanks (or rather) lack thereof good living conditions such as cramped apartments filled floor by noisy neighbors above us who party until 4am every night.

They call her The Itsu. She’s not afraid to say that she is struggling in this cutthroat music scene, but when a friend suggests an opportunity for success?

Well now it seems like everything could be happening at once! As soon as They Make Their Way into the Hollywood party with hopes on making some new connections–they bump into someone who might just turn out being exactly what these two artist needs right here.

The first single from our new album has finally arrived! “Follow/Unfollow” is a collaboration with OFK, and it’s everything you love about us: interactive lyrics; sad texts that make your heart hurt in the best possible way.

Plus we’re including some awesome bonuses along with this video so check back every day for more updates on what to expect next year when The Messenjah drops January 27th (or pre-orders now)!