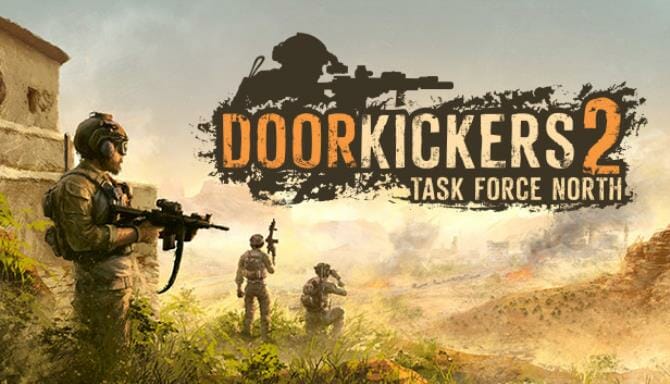 Door kickers 2: task force north is an action-strategy shooting game developed by Killhouse games and published by the same studio. This game is available in multiplayer mode and also only two players will be able to play it in multiplayer mode.

It is a top-down view tactical game, which means you will see the battlefield from top to down camera view. This game’s location is set in a middle east county named Nowheraki.

This game features six campaigns. Each campaign has different missions to choose from. So when a player completes a mission, that player will be awarded stars up to three depending on the hardness of a mission.

You can use those stars to buy weapons and new accessories for other missions. There are not only campaign missions but also those not linked with any campaign called single missions, and you can also complete them to earn stars.

You will have to complete missions of these categories: Bomb Defusal, Hostage Rescue, Clear Hostiles, Protect the VIP, Arrest warrant, Stop the execution, Robbery in progress, and intense Raids.

This game is a top-down camera view game but doesn’t think that this game’s missions will be easy. But those missions are enough to shake your head and will give you an endless challenge.

This game will contain advanced weapons, equipment, improved AI, and better 3D graphics. because this game will also feature a better stealth system than the early game Door Kickers.

It was first announced in January of 2016 and was planned to release in the mid of 2016. But still, developers delayed the release to 2017, then to 2019, and now the developers say it will be available as early access on steam from 4 November 2020.

As it is a top-down view game It is clear that the gameplay will be tough, and players will have to build strategies and will have to use tactics at each position in the combat.

In this game, you can also pause-at-will the gameplay, a great strategy to change plans where you have to, and to analyze your enemies’ next moves with full freedom.

You will be able to break any wall or any other obstacle with weapons or other equipment giving you full control of the battlefield.

So in this game can customize your weapons to your taste, and you can also create your own maps and missions. So you will have the full freedom of customization.

In the game, you will have many advanced weapons like Light machine guns, drones, night-vision goggles, and wall breaching, etc.

So you can currently choose from only one unit, which is the United States Army Rangers unit. But soon developers will add more units which will differ with skills and weapons and tactics.

Door Kickers 2: Task Force North is a real-time top-down view action shooting game with so many good features. So this game can be played in multiplayer mode with only 2 players team. Players will assist a squad of highly skillful rangers to shoot down terrorists and criminals. 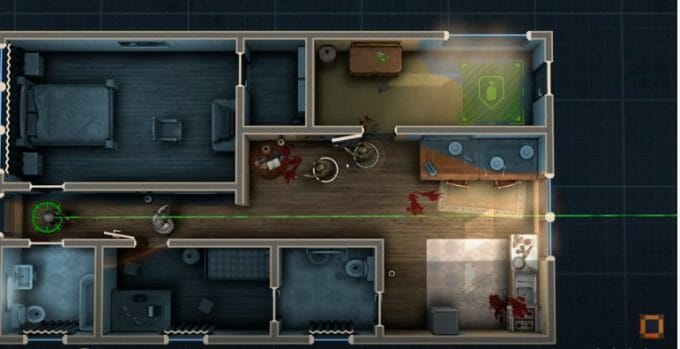 So You can also complete missions and earn stars. The Player can use those stars to buy weapons and equipment.

Download
If the link is not working Please Inform us